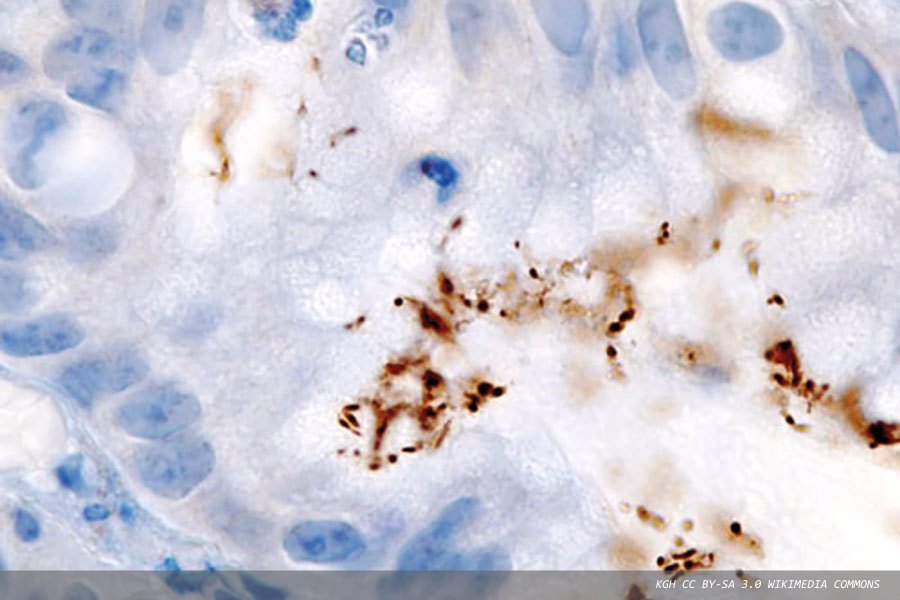 Atrophic gastritis (AG) is a chronic condition that develops when the gastric mucosa is inflamed for a significant period of time, ultimately leading to irreversible loss of gastric gland function. In cases with severe chronic atrophic gastritis, the pre-neoplastic condition progresses to gastric cancer in approximately 10 per cent of patients within 10 years of diagnosis.1,2 This disease is the fifth most common cancer, and is responsible for the fourth-highest number of cancer-related deaths in the world,3 often due to a late diagnosis and lack of screening programme. It is therefore crucial to investigate high-risk patients as early as possible.

There may be a number of causes for chronic AG, but bacterial infection in the stomach lining by Helicobacter pylori has been identified as one of the main culprits. This Gram-negative bacterium is actually relatively common, and it is predicted that more than half of the world’s population has H. pylori infection,4 with the majority of people going on to live healthy, symptom-free lives.

However, in some cases, H. pylori infection can lead to far more sinister consequences, by disrupting the mucus barrier that helps to protect the stomach lining from the acidic juices that aid digestion. In some infected individuals, the damaging effect of the bacterium leads to the thinning of the mucosa and a loss of normal antral and oxyntic gland function, as gastric glandular cells are replaced by non-functioning intestinal-like epithelium and fibrous tissue.1

At Radiometer, our mission is to help caregivers make diagnostic decisions that save lives, by providing technologically advanced acute care solutions in labs and at the point of care.