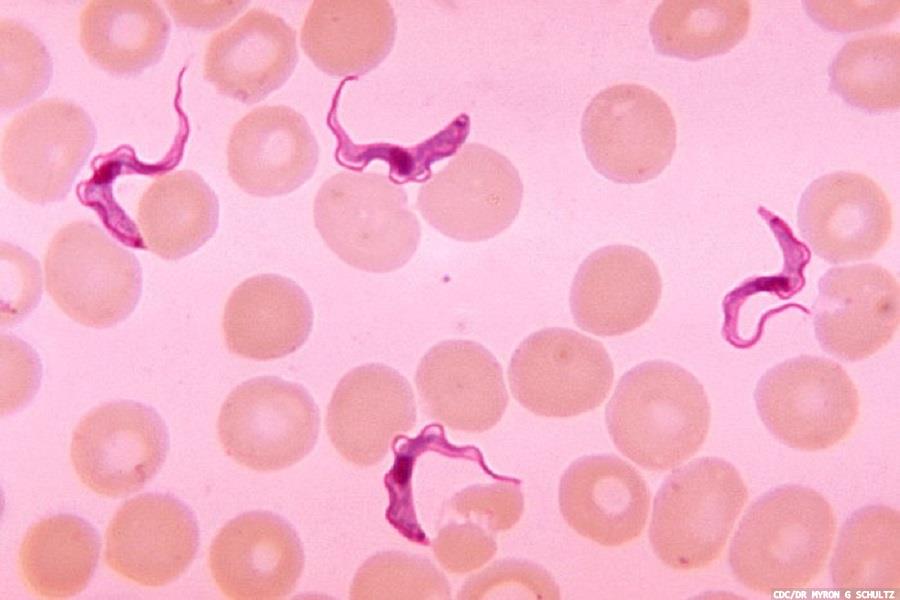 Led by Professor Peter Kennedy CBE in the University of Glasgow and published in PLOS Neglected Tropical Diseases, the research project has found evidence that questions our current understanding of sleeping sickness as a two-stage disease – early and late – with direct impact on how we should both diagnose and treat patients with the fatal disease.

By using a mouse model of sleeping sickness to better understand how the disease develops, the researchers have been able to show that a range of host genes controlling the development of central nervous system disease are activated much earlier than previously thought, and earlier than the development of neurological features of the disease. These crucial findings could explain why neurological features may occur relatively early in the disease – something that goes against the classical two-stage disease understanding – and may also explain why parasites can enter the central nervous system so early after initial infection.

Currently, sleeping sickness is understood to have two stages: the early, stage 1, or haemolymphatic stage, which is when treatment is effective and relatively non-toxic; the subsequent late, stage 2, or encephalitic stage, when, sadly, current treatments are toxic and can be complex to administer.

According to the World Health Organization (WHO) criteria, the stages of sleeping sickness are based on the presence of a defined number of white blood cells in the cerebrospinal fluid. However, different groups of physicians in Africa use different staging criteria and there remains no clear consensus as to what constitutes stage 2 disease. Recent studies have reported the occurrence of neurological, or late-stage, features in African patients who appear to have no or few cells in the cerebrospinal fluid, which would otherwise categorise their condition as early-stage disease.

The study, ‘Microarray profiling predicts early neurological and immune phenotypic traits in advance of CNS disease during disease progression in Trypanosoma. b. brucei infected CD1 mouse brains’ is published in PLOS Neglected Tropical Diseases. The study was funded by Wellcome.