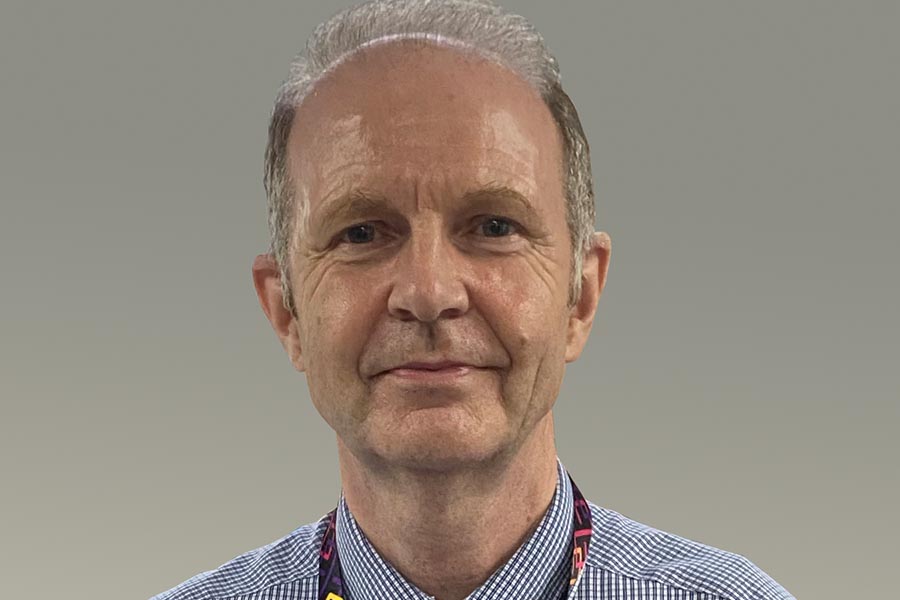 Professor Tony Rhodes recently took over editorship of the British Journal of Biomedical Science. Here he gives some thought to the task ahead and the role of open-access publishing.

I am ‘Standing on the Shoulders of Giants’ here, the most recent ‘giants’ being the previous editor , Dr Andrew Blann, and before him the editor of this publication, Brian Nation. Indeed, the journal has come a long way since its inception as the Laboratory Journal back in 1913; interestingly published then just a few years before the greatest recorded pandemic of all time; the influenza pandemic of 1918, which accounted for some 50 million deaths worldwide, and which was caused by the H1N1 virus.

My aim for the British Journal of Biomedical Science is for it to retain its foundations deeply embedded in the range of disciplines that comprise ‘biomedical sciences’ and therefore truly representing the interests of the members of the Institute of Biomedical Science (IBMS). In so doing I would like the journal to grow by including publication of fundamental biomedical research that investigates the function and mechanisms of the disease process, the findings of which may then be translated into new diagnostic tests or those that influence patient management. Indeed, many of the biomarkers that we employ on a day-to-day basis in the clinical laboratory in testing for a range of conditions started life in the laboratories of researchers aiming to determine the role of these markers in the disease process using functional studies. After understanding and validating the mechanisms by which they cause disease using in vitro and in vivo models, they would then be tested for their relevance to clinical cases and samples, and ultimately the successful ones translated into validated diagnostic and predictive tests for patients’ samples. Basically, I would like to encourage biomedical science research submissions that plots the whole of this journey.

Taking over the baton from Andrew has coincided with a change of publishers for the British Journal of Biomedical Science from ‘Taylor and Francis’ to that of the ‘Frontiers’ publishing platform, which is fully open access and online, and this carries several advantages. As the term ‘open access’ implies it allows free access to articles published in the journal without the reader needing to pay a subscription charge, or to wait for an embargo period to pass, typically of one year, to view an article without paying. The advantage to authors is that their work can be read immediately by anybody in the world with internet access, from the moment that it is accepted for publication by the journal’s editor, following the peer-review process. Some journals are now going even one step further and releasing publications prior to peer review, although the British Journal of Biomedical Science has no plans at present to go down this route.

Publication before a paper has been critically reviewed might appear counter-intuitive to ensuring the quality of published research. However, it has been undoubtedly very beneficial during pandemic times in getting the results of important clinical trials, and particularly those for vaccines, ‘out there’ with the proviso that they are subsequently subject to the usual, and very necessary but lengthier, peer-review process. During the pandemic many journals also made all COVID-19 related articles ‘open access’ and waived the article processing charge (APC); again, with the aim of making the results of important research immediately and freely available to all. Therefore, similarly speeding up publication and the acquisition of knowledge vital in the fight against COVID-19. Anyone who naively thought in 2020 (myself included) that writing a review article on COVI9-19 was a good idea, would have quickly realised how rapidly the science on the subject changed, such that what was reported one week was almost out of date the following week, and to be overwhelmed by the speed at which new publications on the subject were being produced globally. All of this would not have been possible without the open-access format allowing information to be freely and instantaneously available to all.

Academics personally benefit from having their publications immediately accessible by the whole world as it increases the rate at which their work will be cited by other researchers. Citations in turn reflect the success of a researcher and are used in such metrics as the ‘H’ score, which is frequently used to determine the perceived esteem of an individual researcher. Lastly, journals themselves benefit from the open-access format, as open-access articles are more rapidly cited, with these citations each year being summed and used to calculate a journals impact factor, with esteemed journals such as Nature, Science and the New England Journal of Medicine, to name but a few, having the highest impact factors and consequently higher prestige status.

Of course, as they say, ‘there is no such thing as a free meal’ and if the reader of research is not paying to access it, it falls on the authors to pay the APC, which can be substantial depending to a large extent on the prestige of the journal. Thankfully, there are substantial discounts on the APC offered by most journals for authors from countries determined by the World Bank as being ‘under-developed’ or ‘developing’. In addition, the institutions to which the authors are affiliated will often subsidise the APC if an author’s paper is accepted in a prestigious journal – understandably, this may not always be the case when the APC is substantial. Thankfully, for IBMS members wishing to publish in the British Journal of Biomedical Science the APC is waived and members can publish their research free of charge.

In summary, COVID-19 has had devastating consequences. However, some of the changes it has accelerated, such as the flexibility by which we now work and the speed with which we can produce effective vaccines are examples of positive changes brought about by the pandemic. In a similar way, open-access publishing has played a small part in accelerating acquisition of knowledge during this period and its acceptance will no doubt increase in post-pandemic times.