Cellular pathology: beyond the next generation 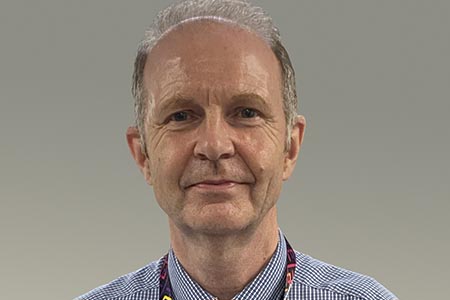 In the June issue, Tony Rhodes looked at where we have come from with respect to molecular techniques in histopathology. Here, he looks forward, in a piece the title of which sounds slightly Trecky! “It’s histology Jim, but not as we know it”.

In 50 years’ time histology will be unrecognisable as the science we know today. I think we will have found far less-invasive ways of detecting and classifying disease. Consequently, while surgical removal of diseased tissue and in particular cancers will still probably be necessary, I doubt that the majority of the tissue biopsies that are now taken to diagnose disease will still take place, in particular biopsies of the liver, breast, kidney and prostate. Instead, we are likely to have advanced non-invasive imaging systems that can provide the same information or even better to that obtain currently from tissue biopsies.

In the August issue of Pathology in Practice, the use of NGS to produce multiple analysis of a range of oncogenes simultaneously, so as to provide tailored treatment of patients’ tumours, was described eloquently in the white paper by Epredia.  While the ingenuity of biotechnology companies has made this type of analysis possible on routine formalin-fixed tissues, greater emphasis on this type of molecular profiling of may well mean that in the future we do not automatically place all surgically removed tissues in formalin and process to paraffin wax. This may well happen sooner rather than later. While is it is difficult to predict the technology available to cellular scientists in 50 years’ time, it is easier to predict what would be hoped or expected from cellular sciences and pathology, in respect to solving some of the existing diagnostic dilemmas, particularly in the management of chronic illnesses.

One example of this is in the diagnosis of prostate cancer and the Pandora’s Box that is opened following an elevated PSA result and subsequent prostatic biopsy. One would hope by 50 years hence we will be able achieve the relatively simple ask of being able to accurately discriminate ‘pussy cat’ tumours (unlikely ever to be clinically relevant) from the ‘tiger’ tumours (aggressive ones, rapidly growing and metastasizing, and requiring radical treatment). In a population with increasing life expectancy, maintaining quality of life, by not doing unnecessary surgery or brachytherapy on the ‘pussy cat’ tumours will be a big step forward. Breast cancer is also an area in which there is evidence to show an element of over-treatment of some women, both in the detection of small indolent lesions and in the treatment of small lymph node-negative tumours, most of which require surgery alone, but for which patients frequently receive some form of adjuvant therapy, in addition to surgery.

Both are examples of where improved prognostication would lead to improved patient management and quality of life. While on the topic of breast cancer, one would hope that in 50 years’ time cellular science will be able to classify a category of aggressive breast tumour (the ‘triple negative breast’ cancer) more accurately than currently is possible, as it accounts for around 15% of breast malignancies.

Defining a tumour, or indeed any entity, by what it is not is unsatisfactory; in this case, negativity of immunohistochemical testing for oestrogen receptors, progesterone receptors and human epidermal growth factor receptor 2 (HER2). In its defence, however, the term ‘triple negative’ does describe to the clinician those adjuvant treatments that are unlikely to be effective (ie those that target hormone receptors or HER2). In a few years we may find that these ‘triple negative’ breast tumours comprise a heterogeneous and diverse group of cancers, the only common feature of which being that they do not express hormone receptors or HER2. Consequently, we will then be able to classify them more efficiently by the pathways driving them to malignancy, to which suitable therapies can be targeted effectively.

To make all these calls, and many others, we need better prognostic tools, whether it be better prognostic biomarkers or different technologies than the ones that we have currently. This will require all of us to come out from our various comfort zones and engage in multidisciplinary dialogue; this includes patients themselves, who will contribute valuable insights into what is most important with respect to quality of life and treatment decisions.

This has begun with respect to pathology and artificial intelligence (AI) for image analysis. Last year, The Royal College of Pathologists hosted and sponsored a workshop to which specialists from a wide range of disciplines were invited in order to decide on how AI could impact on pathological diagnosis, with the best proposal receiving funding so that the research could be implemented. This type of dialogue is no doubt already taking place at other institutions.

While working with colleagues in two universities in Bristol over 10 years ago, we had already started coming together to form informal multidisciplinary alliances between cancer biologists and cellular scientists from both institutions, and also between surgeons and pathologists at the Bristol Urological Institute, in addition to likeminded professors from the Bristol Robotics Laboratory. The aims were to find innovative ways for the detection and prognostication of prostate cancer. This type of dialogue, between widely divergent disciplines and sciences, brings together very different ways of thinking and tackling a problem.

It should be remembered that the discovery of the structure of DNA was the result of the meeting of minds of a biologist (James Watson), physicists (Francis Crick and Maurice Wilkins), and a chemist (Rosalind Franklin). So, while DNA is very much viewed as a biological entity, its structure was not discovered solely by a biologist but equally by scientists from other disciplines. Similarly, the most significant breakthroughs in understanding how cancer or other diseases behave is unlikely to be made solely by biologists but by an amalgamation of ideas from specialists coming together from a wide range of scientific and medical disciplines.

While I think there will still be cellular science in 50 years’ time, I doubt that there will be histologists or cytologists as we recognise them today. The cellular scientist of the future will be a far more multidisciplinary individual, with respect both to training and scientific understanding, and cellular science will be an amalgamation of pathology (to include some histology and cytology), molecular biology and innovative and sophisticated imaging and detection platforms that incorporate elements of AI and bioinformatics.

Tony Rhodes is a professor at the International Medical University in Kuala Lumpur, Malaysia. Before entering academia, he was employed as a biomedical scientist in the pathology services of the NHS for nearly 20 years. He has written extensively, mainly in the field of breast and prostate cancer, with the papers accruing over 14,000 citations.  He has sat on various expert panels to include those of the American Society of Clinical Oncology, College of American Pathologists, the US National Institute for Standards and Technology, the European Organisation for Research & Treatment of Cancer, the UK National Breast Cancer Screening Programme, and the Institute of Biomedical Science.