Hand sanitisers: do they work against SARS-CoV-2 coronavirus? 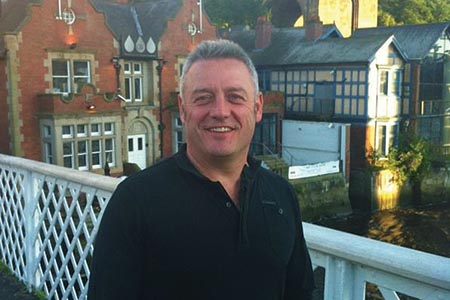 It seems bizarre that at the time of writing, we are into the fourth month of a viral pandemic, and yet only one of many available disinfectant and hand sanitiser chemistries had been tested against SARS-CoV-2 coronavirus. Andrew Kemp explains.

I say bizarre because: i) it will take 12–18 months to get a vaccine that can be mass produced in sufficient quantity to make any global difference to the disease; ii) it will take a similar length of time to produce an effective antiviral drug; iii) viral spread is primarily from droplets on surfaces, transferring to hands, and then to the mouth or eyes where it enters through the mucous membranes, resulting in infection; and iv) most importantly, the best defence is to wash the hands, but If wash facilities are not available use a 60%-plus alcohol sanitiser.

In an era where ‘evidence’ is required to determine if milk should be added before or after tea when this beverage is made in a UK hospital, why is advice being given about alcohol sanitisers with no supporting evidence? Have we forgotten the potential harm that alcohol hand sanitisers cause by significantly increasing the number of bacteria present on skin, and by changing the species from a relatively harmless Staphylococcus epidermidis, to a highly pathogenic Bacillus species?

So, which hand sanitisers work best against the new SARS-CoV-2 coronavirus? Only the fifth-generation SiQuats have, to date, been tested against this new virus. Recent research results demonstrate inactivation in less than 10 seconds, and complete destruction of all viral load within 60 seconds (100% kill). This chemistry does not just deactivate, or degenerate, the virus, its RNA is totally destroyed.

In 2016, the US Food and Drug Administration (FDA) issued a rather surprising statement that included “…being effective against feline calicivirus (FCV) is equivalent to being able to inactivate the coronavirus”. In 2108 the cruise line industry stopped accepting FCV kill as a guarantee against human norovirus, for which it is the accepted surrogate! Interestingly, the FDA recently told one manufacturer to remove viral and methicillin-resistant Staphylococcus aureus kill claims from its bottles. Clearly, if ‘evidence’ is required for everything else, why not insist on test results when it comes to hand sanitisers and disinfectants?

There is a typical lack of understanding in healthcare around mode of action (MoA), minimum inhibitory concentration (MIC), contact time and Kill time for most disinfectants and hand sanitisers.  When a product is claimed to kill x or y, without a required contact time or kill time, I begin to get suspicious.  Regardless of concentration, the alcohol in sanitiser gels remains active only until it has evaporated (contact time). In a temperate climate, for most that would be around 30–40 seconds, with no residual antimicrobial effect thereafter.

An example of an incorrect kill claim would be to say that an alcohol gel kills Mycobacterium tuberculosis.  It actually takes ethyl alcohol five minutes to achieve a reasonable level of kill, in which case you would need to submerge your hands in alcohol gel for this length of time in order to achieve the kill claimed.  As that is not the way alcohol gels are used, the claim is incorrect.

The point I am making here is that we should know for certain already which disinfectants and sanitisers work.  It would have been simple for the World Health Organization (WHO) to have asked the Wuhan authorities to test SARS-CoV-2 against the five main disinfectant technologies, and the three main hand sanitiser technologies.   A simple, inexpensive test that would have given us definitive answers in a few weeks, meaning none of us would be guessing now.  What we do know is that data have not been released, and the assumption therefore is that the work simply was not done.

Anyone criticising the USA for the temporary halt to WHO funding until an investigation into what the organisation is supposed to do, and what it has done, in this crisis should think about that simple fact. Simple, inexpensive, fast and accurate tests – not done by the only organisation in the world outside China that could get hold of enough virus to test.

When SARS-CoV-2 and COVID-19 are no longer the main topic of most concern to healthcare establishments around the world, I hope that we will continue to focus on good hand sanitation.  I also hope that we will look more seriously at the links between disinfectant resistance and antibiotic resistance. Then perhaps we will remove alcohol gels from every hospital, GP clinic, dental practice and the homes of millions of people, replacing them with much more efficacious products that not only kill quickly, but for a long time.

Finally, you may ask, why have companies not done this testing for themselves?  It has been impossible for private companies (other than large pharmaceutical companies) to get near SARS-CoV-2 isolates. I have written to the WHO recommending that in future, at the beginning of any potential outbreaks of a novel virus, there is an agreed test procedure, and an agreed laboratory with an agreed list of chemistries to test against.  We should never be left in the situation we have had to put up with over the past months.

Dr Andrew Kemp JP PhD is an expert in surface disinfection and decontamination.  In addition to his role as head of the Scientific Advisory Board at the British Institute of Cleaning Science, he also consults as the Infection Prevention and Control Officer for multiple healthcare companies and clinics.  He contributes to training and research for partner companies, healthcare companies, and the University of Lincoln. He is regarded as a global expert in his specialist area of work, undertaking the majority of his research at the University of Lincoln in the UK, and at the University of Baltimore in the USA.

COVID-19: proceedings on Days 1 and 2 of the BSMT webinar

COVID-19: proceedings on Day 1 of the BSMT webinar

New and innovative technologies in the time of COVID-19