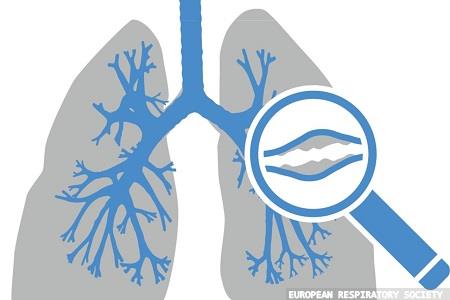 A study published in BMJ Open Respiratory Research has revealed that, contrary to guideline recommendations, 68% of clinicians managing bronchiectasis patients do not test them for non-tuberculous mycobacteria (NTM) infection prior to starting macrolide treatment.

Long-term macrolide treatment is often used to prevent exacerbations in patients with bronchiectasis. However, single macrolide therapy should not be initiated until the presence of NTM infection has been excluded, due to the potential development of macrolide-resistant bacteria, which could lead to worse longer-term outcomes for patients.

The European Respiratory Society (ERS) bronchiectasis guidelines therefore recommend testing for NTM culture positivity before starting macrolide monotherapy. The authors of this study concluded that, despite most respondents stating that they follow ERS guidelines, all aspects of these recommendations do not appear to be put into place.

Of the surveyed physicians, 85% tested at least some of their bronchiectasis patients for NTM, with approximately half testing all of their patients with bronchiectasis at initial presentation or diagnosis. Of those testing for NTM, only 38% said they tested prior to initiating macrolide monotherapy. However, in the UK this number was significantly higher, with 66% of those who test for NTM do so before starting patients on macrolide treatment.

N-on-tuberculous mycobacteria are ubiquitous environmental bacteria responsible for the development of NTM-LD. These infections are a growing problem, with the overall incidence of isolations having increased almost 10-fold since 1995. The symptoms are usually non-specific and include chronic cough, shortness of breath, tiredness, fever and weight loss.

The term bronchiectasis designates an irreversible dilation of the bronchi and bronchioles as a result of destruction of pulmonary muscle or connective tissue. This pathological widening of the airways limits mucociliary clearance and makes the lungs more susceptible to infection, due to increased accumulation of mucus. The inflammatory reaction ultimately leads to a thickening and thus an inflexibility of the walls of the airways, which encourages further accumulation of mucus.

Increasing the reproducibility of detection assays

Launch Diagnostics is one of the major independent distributors in the U.K, providing high quality diagnostic reagents and instrumentation from world leading manufacturer’s to the Health Services of the United Kingdom, France, Belgium, Netherlands, Luxemburg and North Africa and to the Republic of Ireland through ACCUSAY Diagnostics.