From Grams to Genes: conventional microbiology in the molecular age 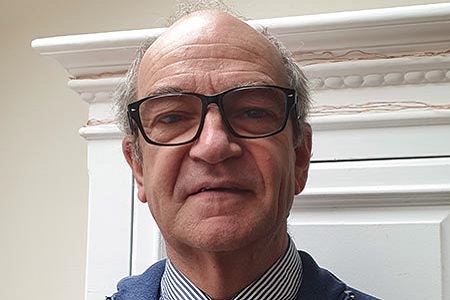 Molecular methods have become widely available for diagnostic microbiology but certain questions arise when considering their introduction. For example, can they replace conventional methods relia-bly, is training to use such complex assays available, and are the improvements in turnaround time and improved sensitivity actually worth the cost? Mike Wren considers some of these issues.

The recent development of molecular tests has had a significant effect on the diagnostic microbiology laboratory. Such tests are increasingly being introduced into the laboratory repertoire, enhancing diagnosis and introducing the possibility of replacing the usual practices of staining, culture, identification by biochemical tests, and antibiotic sensitivity testing. But will they, and to what extent?

Stated advantages of molecular tests include the detection of slow-growing and uncultivatable pathogens and the rapid determination of antibiotic resistance, and are said to confer a more accurate diagnosis. Molecular tests may have advantages over conventional techniques but they also have limitations. Clinical interpretation of results, and the lack of standardisation between different kits, is currently a problem.

Debate also continues around the question of whether or not the faster results obtained are responsible for better outcomes.

In most microbiology laboratories the usual method of diagnosis is by direct microscopy of the sample, and subsequent culture. The use of selective and differential media, including the recent addition of chromogenic media, can allow an enhanced presumptive diagnosis. It has been accepted that when cultures are positive this represents the ‘gold standard’. However, it is also now accepted that some culture methods, such as blood culture, have low sensitivity even in the presence of a clinical diagnosis of severe sepsis, most probably because of prior antimicrobial therapy or the presence of low numbers of microorganisms in the blood at the time of sampling.

when a rapid diagnosis is required (eg a methicillin-resistant Staphylococcus aureus [MRSA] in an emergency situation); however, screening by culture, by whatever means, when large numbers are investigated (eg pre-operation screening) may be the preferred option for reasons of cost, and are generally adequate.

The experienced microbiologist may yet have a role, such as looking at Gram stains from samples as an initial presumptive diagnosis, and in determining whether the sample is suitable for further processing. Diagnosis usually relies on demonstration and detection of a pathogen in samples taken from sick patients, or the screening of patients for a specific pathogen for prevention (eg MRSA) or evaluation (eg Salmonella outbreak).

Routine cultures of samples from hospitalised patients and from GPs (eg wound swabs, throat swabs, urine and faeces) are still likely to be performed, at least for the foreseeable future, as most of these types of investigation are still deemed adequate. Conventional methods are adequate for most non-life-threatening disease, but, as suggested above, serious concerns arise particularly in relation to speed and accuracy in serious life-threatening disease.

Conventional methods for identification of pathogens are well tried, affordable and widely available commercially. They are good for discriminating genera and species, but less-effective differentiating within species. The introduction of MALDI-TOF technology offers greater discriminating power within species and, it has been suggested, may surpass next-generation sequencing.

The value of so-called ‘lab on a chip’ technology is still unclear, especially when considering cost, and some have met with certain limitations. Multiplex panels will, undoubtedly, be used increasingly, but their impact on patient care remains to be assessed and is still unclear. Furthermore, the question arises as to whether such panels should be used only in certain patient populations (eg the immunocompromised) or be used for all (eg gastrointestinal disease). It is imperative not to forget that cultures are still required in the outbreak situation where comparison of the isolates is required.

Most virology laboratories are now almost exclusively molecular, although some people would argue that culture for viruses should be maintained. But should it be available in a reference or a regional laboratory, and will there be relevant training for individuals in tissue culture technique? With new viruses emerging (eg SARS-CoV-2), will commercially available kits be available promptly? Will they be of high quality and affordable?

Difficulties remain in predicting which molecular techniques will become the major techniques for fungal disease diagnostics. One type of method is likely for common pathogens, the other for as yet rarer causes of invasive disease. Preparation of samples for processing may well be problematic. The rarer fungi will likely still need identification in a reference laboratory, and this takes time. Sensitivity and specificity issues, however, may lead to a combination of such methods.

Molecular methods are available for diagnosis of parasitic infections and may take over from microscopy eventually, although the services of experienced microscopists will be required for some considerable time yet.

There is no doubt that the future balance between conventional and molecular techniques in microbiology ultimately will be determined by the three Ms – Money, Manpower and Mix of skills.

Mike Wren is a retired biomedical scientist. He has published articles, chapters in textbooks, and has co-authored the book Clinical Microbiology. He was awarded an MBE in the 2007 New Year’s Honours for Services to Biomedical Science, and was Visiting Professor to the University of Westminster. He is currently a member of the IBMS History Committee, and Honorary Librarian.

Living with the pandemic in low- and middle-income countries: a webinar

Established in 1992 BioConnections serves microbiology laboratories throughout the UK.  Our philosophy is to support our customers with reliable, quality products yet challenge them with appropriate innovations.