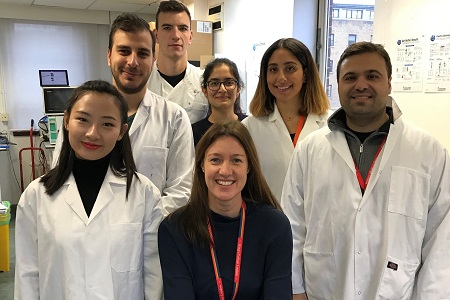 A project at King’s College London aiming to eliminate so called ‘zombie cells’ using a new group of drugs has received a grant of over £125,000 from the charity Heart Research UK.

Ageing is the greatest risk factor for many life-threatening disorders, including cardiovascular disease and cancer. Senescence is the term given to the biological ageing process, which involves the build-up of senescent cells, called ‘zombie’ cells, which refuse to die.

Zombie cells release chemicals that can be harmful to nearby cells, eventually causing them to also become senescent. The build-up of these zombie cells in our bodies promotes ageing and age-related conditions, including cardiovascular disease.

The project, which will be led by Georgina Ellison-Hughes (Professor of Regenerative Muscle Physiology at King’s), will test a new group of drugs, known as ‘senolytics’, that eliminate or disable zombie cells.

In laboratory studies, senolytics have been shown to eliminate zombie cells and improve conditions such as cataracts, diabetes, osteoporosis, Alzheimer’s disease, kidney problems, and age-related loss of muscle. Overall, they have been shown to improve poor physical function and extend health span and lifespan.

The project will use a laboratory model in which ‘zombie’ human heart cells are grown together with healthy human heart cells. This will aid the understanding of how zombie cells are harmful to healthy heart cells. By testing the effects of senolytic drugs, it will determine if, by eliminating zombie cells and/or stopping the harmful chemicals they produce, they improve the survival and growth of heart muscle cells and their ability to repair the heart.

If successful, the findings may pave the way for the development of senolytics to treat age-related heart disorders and the toxic effects of cancer chemotherapy on the heart.