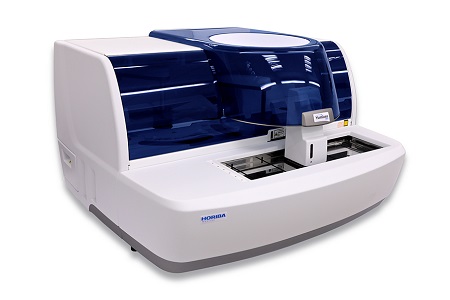 HORIBA UK, Medical showcased its approach to ‘hub and spoke’ laboratories at the IBMS Congress in September. On the stand was a wide range of instrumentation for central laboratory and near-patient use, and also a newly CE-marked benchtop instrument for rapid infectious disease detection.

HORIBA also demonstrated the newly CE-marked Pockit Central benchtop iiPCR instrument for the detection of infectious diseases. The Pockit Central incorporates DNA extraction for a ‘sample-in, result-out’ solution; and delegates were invited to hear how it can be used for the rapid detection of Clostridium difficile and norovirus.

The HORIBA stand also featured a display of origami crane birds as part of its sponsorship of the leukaemia research charity Bloodwise. The link between origami cranes and leukaemia goes back to 1955 in Japan; and, as well as explaining the story, the HORIBA team showed visitors how to fold an origami crane. For every crane added to the stand, HORIBA UK made an extra donation to Bloodwise.