Coping with change and driving innovation: an annual programme in focus 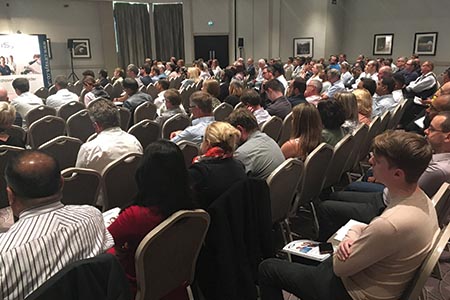 The CliniSys national conference was given an update on pathology networks and the roll-out of the Getting It Right First Time programme, heard the latest thinking from NHSX, and an opportunity to debate why innovation is vital. Matthew Fouracre reports from The Belfry.

In pathology, it can feel like the only constant is change. So, it was no surprise that both the benefits and challenges of change were the subject of so many presentations to the CliniSys national conference 2019.

Pathology services in England are still working through the changes triggered by the Carter Review in 2016. Since it was published, NHS Improvement has been working with the 105 hospitals that provide pathology services to create 29 networks.

In an update to the conference at The Belfry, Andrea Clark, NHS Improvement’s regional diagnostics lead for the Midlands and East, said five are now “working at the scale that we envisaged” while others are “working, but with some hospitals still to come on board”.

However, some networks are small, and in response to questions she said their number may reduce “organically” over time. She also urged her audience to re